It’s a new week and that means Call of Duty: Black Ops Cold War and Warzone are being updated yet again with new modes, playlists, and more. Activision ran through all the key details in a blog post–including a new mode, Rambo’s Gun Game and a new Battle Pass gifting feature–and we’re rounding up all the important takeaways.

The ongoing ’80s Action Heroes event for Black Ops Cold War and Warzone sees its latest update with the launch of a new mode, Rambo’s Gun Game. Set to debut May 27, this is Gun Game but with a Rambo twist. High-power weapons like the combat bow, Death Machine, War Machine, and the RPG-7 are now part of the cycle. To help players survive against these powerful weapons, everyone gets a Stimshot. As usual, dying by melee drops you back one stage, while the match ends when the first player gets a ranged kill with the Ballistic knife.

As for the new playlists, Activision is bringing back Snipers Online, while Standoff 24/7 stays in rotation for its second week. Prop Hunt, meanwhile, will be added to the Featured playlist hub, while standard Gun Game and Sticks and Stones are staying available in quick play. 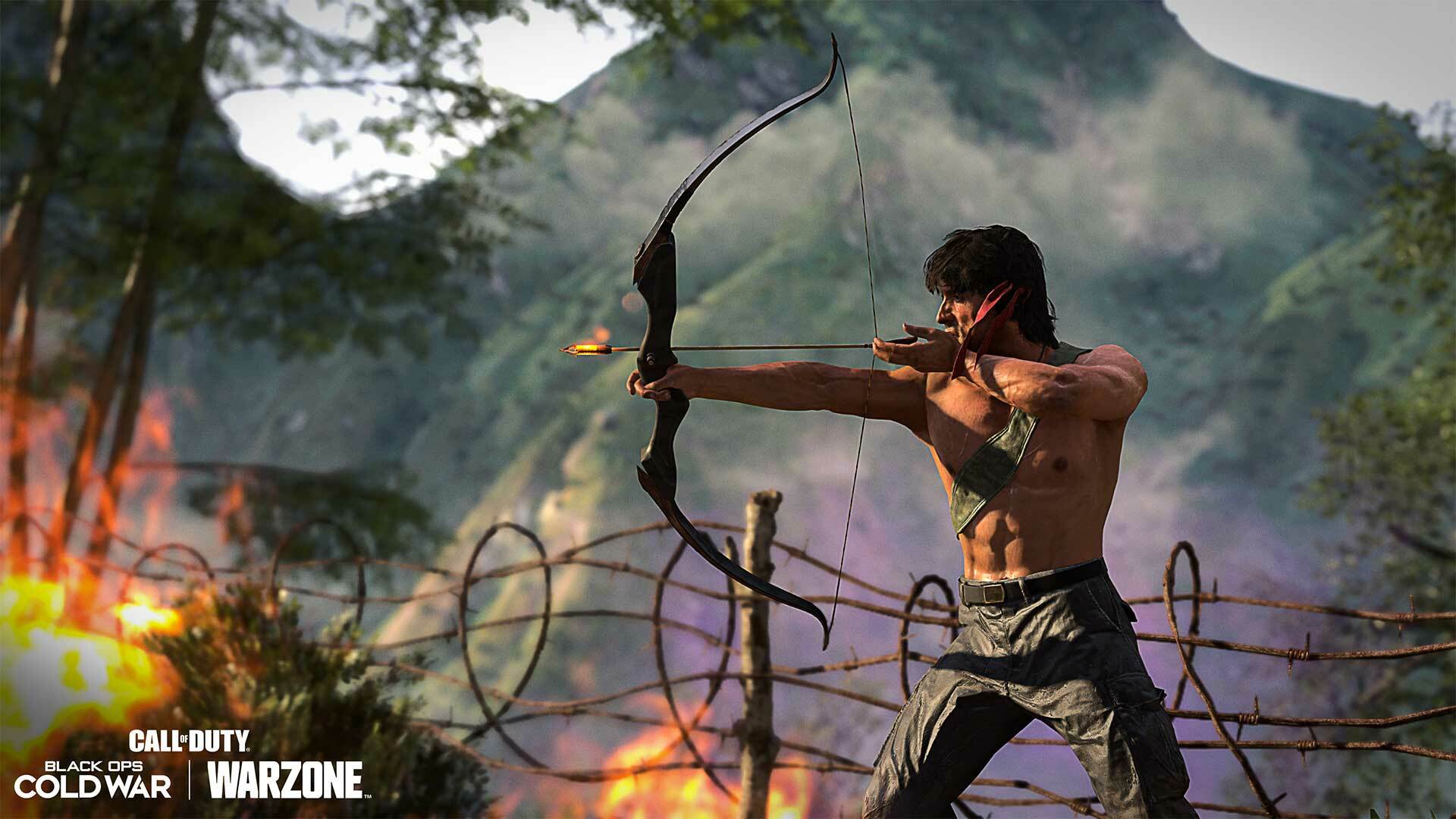 Another new mode, 6v6 Face Off, is also coming soon. This is a frenetic mode where teams of six square off on the smallest maps in the game–the Gunfight maps, which are normally reserved for 2v2 matches.

The in-game Black Ops Cold War store gets a refresh this week with three new bundles, the first of which is Death’s Veil Maxis. This bundle has nine items themed around the Operator Maxis, the centerpiece of which is the Death’s Bride skin, along with two legendary weapon blueprints: Death’s Vow SMG and the Death’s Protest LMG.

The Road Rage Reactive bundle has eight items in all, including the Direct Injection sniper rifle and the Battering Ram SMG. There is also a new Petrol skin for Stitch and a new gesture called Tiniest Violin.

The third new store bundle is Zeyna Cold Blooded, which includes the Backflip skin for Zeyna, as well as the Devil’s Breath pistol and the Heartless assault rifle. A startling sounding finishing move called Snow Leopard is also included in the bundle.

Head to the Call of Duty blog to see a full rundown of these three new bundles.

Players feeling generous will soon be able to send a Black Ops Cold War or Warzone Battle Pass by way of a new gifting system. You can do this from the Call of Duty Companion app. However, the person who sends the gift must have two-factor authentication turned on (the recipient of the gift does not). Activision also mentioned that gifting is limited to three per day, and you must be friends through Activision’s platform with the giftee for seven days for gifting to work.

To help encourage people to enable two-factor authentication on their Activision accounts, Activision is giving everyone who does this two one-hour double Battle Pass XP tokens. These tokens will be available starting May 27. You can sign up for 2FA on the Call of Duty site.

AppNana – A Way to Get Free Gift Cards

A Complete Guide on How to Play AdVenture Capitalist

Methods to Get Avacoins and Diamonds in Avakin Life

How to become a Pro Player In Bullet Force